A new law will take effect on March 31 has reclassified CBD products as industrial hemp, tearing it away from its marijuana grouping and strict regulations
LEARN MORE 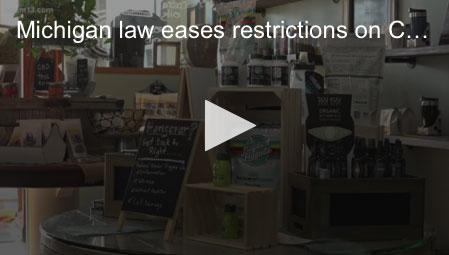 On Thursday March 29 I was interviewed by Channel 13 about how the Grassy Knoll received a letter from the state telling us that we needed to close our doors. This interview explained how we are NOT a dispensary and that we only sell CBD items.
LEARN MORE 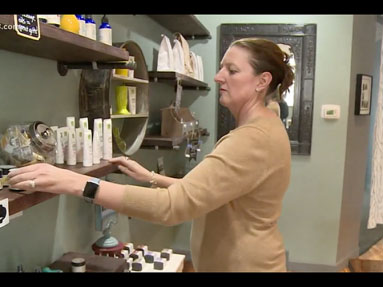 Michigan Board add 10 more conditions that qualify for Medical Marijuana

There are a set of conditions Michigan doctors can treat with medical marijuana currently, things like Post-Traumatic Stress Disorder, Cancer and Glaucoma. Michiganders can submit petitions asking for other conditions to be added to that list.
LEARN MORE 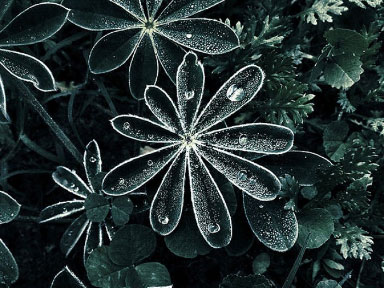 Cannabidiol -the second-most abundant cannabinoid in the cannabis plant after THC – is also found in the hemp plant and is known to have soothing, anti-inflammatory properties.
LEARN MORE 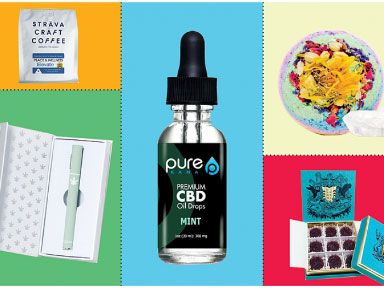 Abby on TV! CBD for pets during the 4th of July

This segment of Channel 13 was about CBD for pets during the 4th of July.
LEARN MORE
Dear Friends,

This post will be longer than most that you will see on Facebook, for which we apologize. However, we unfortunately need to clear up confusion caused by what we believe has been irresponsible coverage of our business by a member of the local media. (We won’t mention him or his station by name, because we don’t want to encourage either publicity for or retaliation against him, even though he has been given a chance to fix his mistake and has refused to do so). This is very disturbing for us and we want our customers and the public to know the facts.

In the past few days there have been news reports about the closing of various medical marijuana dispensaries around the state. Some (like TV13) have done a good job reporting fairly about what has happened. After TV13’s report, another local station rushed to air a report that was neither accurate nor fair, and which led some of our customers to believe that the State had shut down The Grassy Knoll because we were engaged in illegal activity. Please allow us to set the record straight.

First, it is true that on March 15, 2018, we received a so-called “cease and desist” letter from the State’s Bureau of Medical Marihuana Regulation. That letter falsely accused The Grassy Knoll of operating a “marihuana facility” in violation of Emergency Rule 19 of the Medical Marihuana Facilities Licensing Act (MMFLA), because the Business “did not file an application for state operating license by February 15, 2018.” The letter also asked us to contact the BMMR if we felt that we had received the letter in error … so we did.

Two weeks later, on March 29, the Detroit Free Press published a list of the more than 200 businesses across the State that received cease and desist letters from the BMR. The Free Press accurately reported that The Grassy Knoll was one of those businesses.

That day, we were contacted by TV13. Rather than simply run a report that said that we were ordered to shut down, TV13 reporter Amir Abbas came to the store during business hours and spent more than an hour talking with us about our business and what we do. That evening, he accurately reported that the BMMR’s letter caused confusion for those (like The Grassy Knoll) who had been ordered to stop doing what they had never been doing – selling “medical marihuana.”

After TV13 ran its report, we sent another letter to the BMMR asking that they remove us from their list, because it was starting to threaten our business and confuse customers. We still haven’t heard any response from the State.

Unfortunately, two days later, another local television station chose to run a story that was neither fair nor accurate. That station sent us an email at 4:23 p.m. on the Saturday before Easter – half an hour before the store closed – asking us to comment on the State’s letter. We never saw the email until much later. However, just before the store closed at 5:00, a camera crew from that station parked across the street and apparently began taking several shots of our store front – but never came into the store or asked any of our employees any questions.

Then, that station ran a false and misleading report both on Saturday night and again on Sunday that correctly reported that we had received a “cease and desist” letter – and then spent the rest of the segment lumping our business in with those who were operating illegally. The station even had a self-professed “expert” say that he was “not surprised” that businesses like ours had been ordered to shut down (despite the fact that neither he nor the reporter know anything about our business). The “expert” also said that it was important that “everybody has to play by the rules,” which implies that if we received a letter from the State, that we were not complying by the rules. The “expert” then agreed with the reporter’s characterization of those who were running businesses that violated the rules as “a bunch of stoners.”

Our attorney contacted the reporter on Sunday afternoon explaining our position and asking that the false report be removed from the station’s website. He even posted a message on the reporter’s Facebook page advising him that The Grassy Knoll is not a medical marijuana dispensary, offering to discuss the situation further, and asking for a clarification and apology. Instead, at 8:42 p.m., he received a response from the reporter saying “They are on the closure list. That’s what he [the expert] meant when he said he was surprised by the scope.” But then, for some reason, the station chose to run the report again at 11:00 on Sunday.

To avoid any confusion, TV 13’s report is correct and accurate. We thank Mr. Abbas for taking the time to conduct an investigation before running a report that could have been misleading and hurtful to our business and confusing to our customers. We appreciate his willingness to actually talk with us to avoid any misunderstandings.

Sadly, the same cannot be said for the other station’s reporting. They not only did not give us a reasonable chance to respond to their “request” for information, nor did they follow up on our offer for our side of the story. Instead, they repeated and compounded their earlier mistake by re-running the report on Sunday night, after they knew that their original report was inaccurate and misleading.

We have once again (for a third time, now) asked the State to fix its mistake and remove us from their hastily-drawn “cease and desist” list. But so far, the State seems to be more concerned about dealing with those who are trying to run medical marijuana dispensaries than those who have been falsely accused of doing so … which leads ill-informed members of the local media free to do stories that misstate facts and confuse the public.

The Grassy Knoll is committed to being a fully law-abiding and good Eastown neighborhood business. We are not scofflaws or “pot heads,” and remain open and ready to continue to provide top-quality service to our two and four-legged friends. As we are coming up on our one-year anniversary, we greatly appreciate our many loyal customers and friends who make it a joy to offer products that are legal, effective and helpful for so many West Michigan residents. We look forward to being around for a long time to continue to serve your CBD needs.

If you have any questions, please contact us – or stop by the store and let us show off the wonderful things that we have to offer for you and your pets!